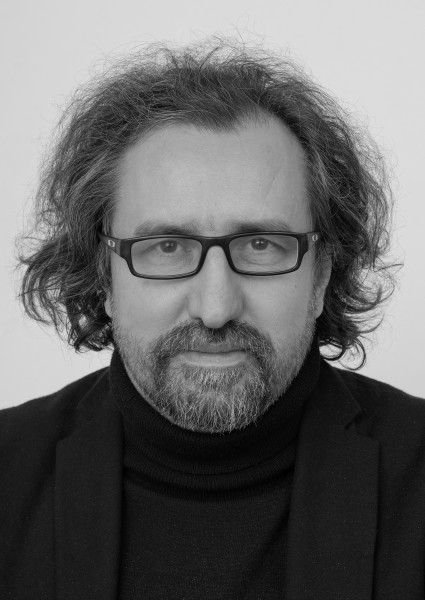 Michael Obrist (*1972, Bolzano, Italy) is professor for housing and design at TU Vienna and partner of feld72 architekten zt gmbh.

Since 2018 he is professor for housing and design at the Technical University of Vienna and director of the department of housing and architectural design / Institute for architecture and design. From 2013 to 2018 he was visiting professor for space&design_strategies at the University for the Arts Linz. From 2016 to 2018he was lecturer on “theory of the city” at the department for urbanism at the Technical University Graz.  2015 and 2016 he was professor at the masterclass for Public Space at the Salzburg Summeracademy. 2015 he was Professor at the Architectural Association Visiting School Slovenia 2015. From 2003-2011 he was lecturer for “Conceptual Architectural strategies” at the University for the Arts Linz, from 2013-2016 Lecturer for Housing and Urbanism at the Technical University Vienna. Michael Obrist was leading workshops at the School of Architecture in Bergen / Norway (2011) and the masterclass for architecture and urbanism at the Summer School at Bauhaus Dessau (2010), at the Summer School at Fondazione Antonio Presti in Sicily (2012) and at the Summer School PIDA in Ischia (2012). He has held lectures in numerous universities and institutions worldwide. From 2017 – 2019 he was one of the 5 jury members of KOER – Art in Public Space Vienna. Since 2018 he is member of the “Gestaltungsbeirat” in Wiesbaden.

The work of feld72 pivots on the interface of architecture, applied urbanism and art.

The studio with 35 architects and urban planners was founded in 2002 by Anne Catherine Fleith, Michael Obrist, Mario Paintner, Richard Scheich and Peter Zoderer and is based in Vienna. feld72 has implemented numerous projects of various dimensions in the national and international context, a big range including master plans, buildings, studies on urban development, interior and exhibition design, urban strategies and large-scale interventions in the urban environment. The multiple award-winning works are remarkable for a socially responsible, innovative and sustainable approach to architecture and urbanism. Tracking down and reinforcing the potential in locations and (social) environments is a fundamental element of feld72 projects.

Through numerous teaching assignments at universities the approach and methodology of feld72 have been integrated into the academic discourse.

The work of feld72 has been show in the major exhibitions for architecture and urbanism worldwide: